The evaluation of the competition entries will be carried out by a panel of internationally renowned soloists and pedagogues:

Lars Asbjørnsen was born in Trondheim, Norway. He studied the flute in Oslo, Essen and Paris and served as principal flutist with Ulm Philharmonic Orchestra and «Nederlands Philharmonisch Orkest». He has performed in Europe, Japan and the US. After teaching positions at the Wiesbaden Music Academy and Agder University, he is now a full professor of flute at the UiT Arctic University in Tromsø, Norway.

Britta Bauer is a flutist and music teacher. As senior Lecturer she teaches flute, chamber music and didactics at the University Mozarteum Salzburg and is Deputy Head of the Department for Wind and Percussion Instruments. She also teaches with passion in the «Pre College» and in the «Highly Talented Institute». Her young students have won prizes at international competitions. She is an expert reviewer for flute at the German Music Council, as well as an author of music education journals such as «Üben und Musizieren», «Flöte aktuell» or «Windkanal».

She is currently working on a music pedagogical edition for Schott Music. Britta has an international artistic and scientific education in flute, music education, medicine and educational science. Her places of study were Bonn, Cologne, Berlin, Paris and Salzburg. She completed training in musician's medicine and developed the concept «Der Körper klingt - The Body Sounds» especially for teaching the flute. With this she is invited to international seminars. In July 2020, she habilitated at the Mozarteum University.

Lelya Bayramoğulları began her studies at the D.E.Ü İzmir State Conservatory in 1986 with Prof. Cahit Koparal and completed them with distinction in 1994. This was followed by a Master's degree at the Folkwang Musik Hochschule with Doz. Yo Wachio and Prof. Andre Sebald in Germany. During her studies she worked as a flute teacher in Duisburg and Dortmund and participated in several solo / chamber concerts. She attended numerous master courses, among others with Prof. A. Nicolet, Prof. J.P. Rampal, Prof. R. Wentorf, Prof. M. Epstein, Prof. M. Martin Kofler, Prof. A. Adorjan and Prof. L. Oşavkova. In 1996 she won the 1st prize in flute quartet at the «Köhler Ostbahr» competition. Since 1998 she has been working as a solo flutist at the State Symphony Orchestra in Antalya / Turkey, where she performed works by J.S. Bach, D. Cimaroza and F. Krommer as a soloist.

Lelya Bayramoğulları is the founder of the flute class at the Antalya State Conservatory, where she taught from 2000 to 2007. In 2014, she graduated from the Mimar Sinan Music University in İstanbul, where she studied with Prof. Ayla Uludere, and received her academic degree as a university lecturer one year later. Her articles «Flute Stage in Turkey» and «Nigeria, the Heart of Africa» were published in the German magazine «Flöte Aktuell». As a co-founder of the «Istanbul Flute Ensemble» she participated in numerous festivals such as «Big Flute Festival» in Washington / USA, «Flute Ensembles Festival» in Poznan / Poland, «14th Adams Flute Festival» in Itervoot / Holland, «Europe Chamber Festival» in Sofia / Bulgaria. As a member of the jury she took part in the «16th International Flute Competition» in Nice / France as well as in the International Competition of the German Flute Society for young flutists.

As the first Turkish flutist, Lelya Bayramoğulları visited the African cities Abuja and Lagos / Nigeria in June 2019. Here she performed as a soloist with the Gibraltar Symphony Orchestra, and gave recitals and masterclasses. In December she participated again in the «12 International Music Festival Abuja». As a part of the «Turkish Cultural Year 2019 in Japan», she gave a recital with pianist Ria Tanaka in Tokyo, where she premiered a composition for solo flute by Özge Usta. Most recently, she performed a recital at the 36 International Saraievo Winter Festival and as a soloist with the Antalya State Symphony Orchestra.

Lelya Bayramoğulları has been a «Sankyo Flute Artist» since 2019. She founded a flute orchestra as a social project in the same year at Akdeniz University in the subject of gerontology.

Winner of numerous music prizes (Uelzen, Paris, Brescia) and scholarships. Released 12 CDs, m.in. including P. S. Artaud, A. Haraldsdóttir. Team member of the European Flute Ensemble. Manager of the International Flute Festival and the Gallois Flute Studio in Poznan. She is a professor at the Academy of Music in Poznan.

After years of study and work in Bavaria and Hesse, the flutist Carina Vogel lives back in her home in the southern Palatinate, where she teaches privately, is active in chamber music (most recently especially in a duo with the pianist Martina Cukrov-Jarrett) and from where she travels to orchestral stand-ins and concerts in non-Corona times. She is a jury member at various young talent competitions. Since 2018, she has also been chair of the Deutscher Tonkünstlerverband LV Rheinland-Pfalz e.V.

The flutist Elisabeth Weinzierl became known through numerous concerts and courses in many countries in Europe and the USA as well as through recordings for various radio stations and CDs – especially in chamber music collaboration with her husband, the flutist Edmund Wächter. Many compositions are dedicated to Elisabeth Weinzierl and have been first performed by her.

Elisabeth Weinzierl teaches flute and flute methodology at the University of Music and Theatre in Munich. As an author and editor of flute literature, Elisabeth Weinzierl works for renowned publishers. Her teaching works are widely distributed and have been translated into several languages.

Ruth Wentorf began her studies at the Hochschule für Musik und Darstellende Kunst in Frankfurt am Main with Prof. W. Richter. After winning a DAAD scholarship to study chamber music in Sweden, she continued her studies in Hamburg with Prof. G. Zoeller. Further studies led her to André Jaunet in Zurich.

Her lively style of music-making has led her to participate in many festivals, such as the Würzburg Mozart Festival, the Mozart Festival of the German Mozart Society, as well as festivals in Jerusalem and Shanghai, etc. The flutist is particularly interested in contemporary music. She has performed numerous world premieres by Kurt Hessenberg, Peter Förtig, Manos Tsangaris and Christoph Wünsch, among others.

As a connoisseur of Toru Takemitsu's music, she has been invited as an interpreter and teacher to festivals of modern music and has recorded his works.
In various music magazines (Tibia, Das Orchester, Üben und Musizieren, Flöte aktuell) she writes articles on flute technique and interpretation of works.
Ruth Wentorf is the first chair of the Deutsche Gesellschaft für Flöte e.V. and editor of the magazine «Flöte aktuell».

She is a finalist of the G. Zinetti International Chamber Music Competition in Sanguinetto, Italy, a laureate of the International Chamber Music Competition in Horn, Austria and a winner of the Cultural Award of the Voivodeship Marshal of Łódzkie in 2011. A year earlier she received the award of the Minister of Culture and National Heritage for artistic and pedagogical achievements.

Since 1990 she has performed both in Poland and abroad (including Austria, Norway, Switzerland, Italy, Hungary, Germany, China). She has participated in numerous recordings for radio and television. For 8 years she has participated in the juries of many competitions. She is also invited to lead methodology workshops for flute teachers at music schools and to give flute master classes. She initiated the flute workshop «Musica Legata» in Łódź, the course «Ventus Optimus» and the International Flute Solo Competition «Il Flauto Ricercato». 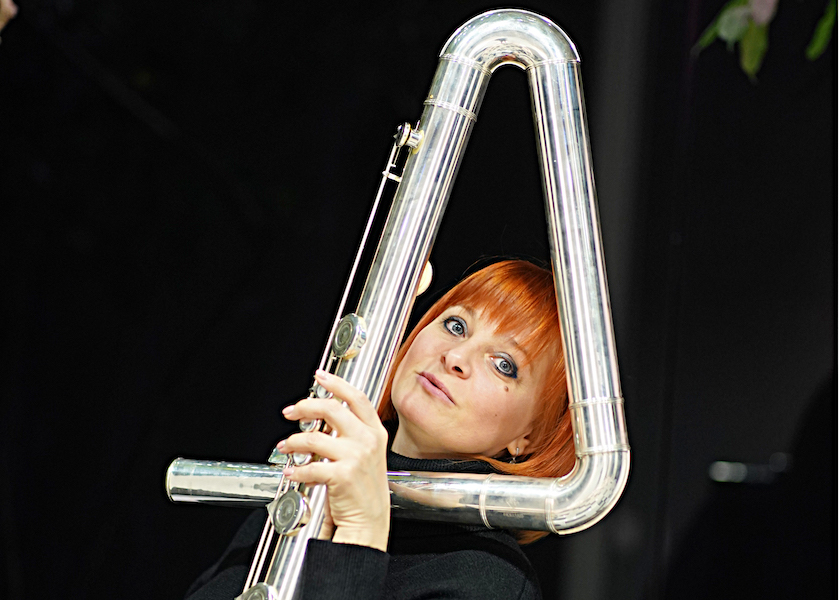 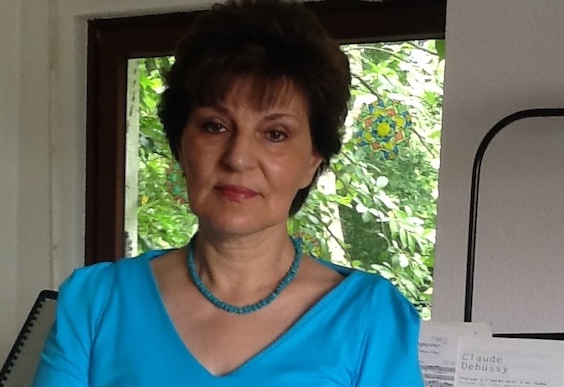 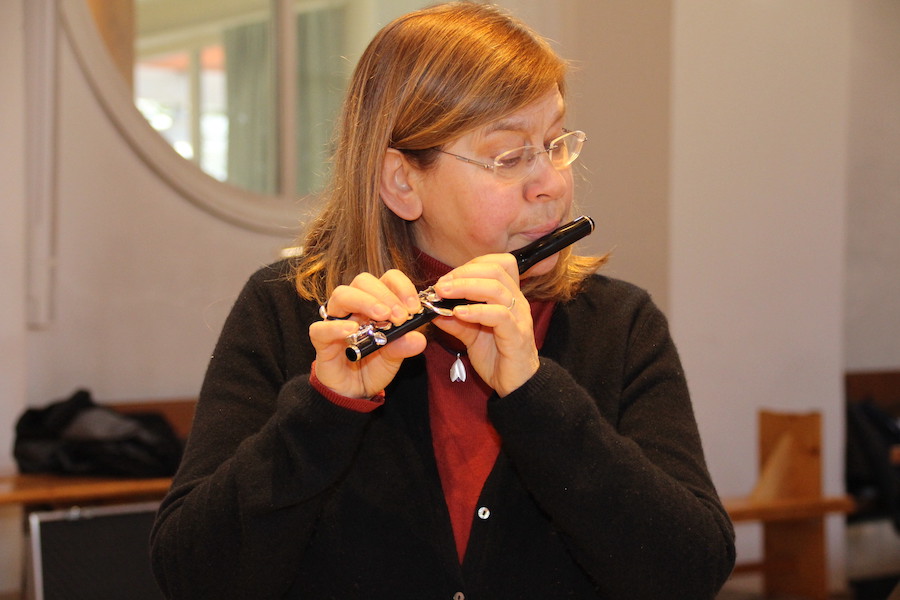 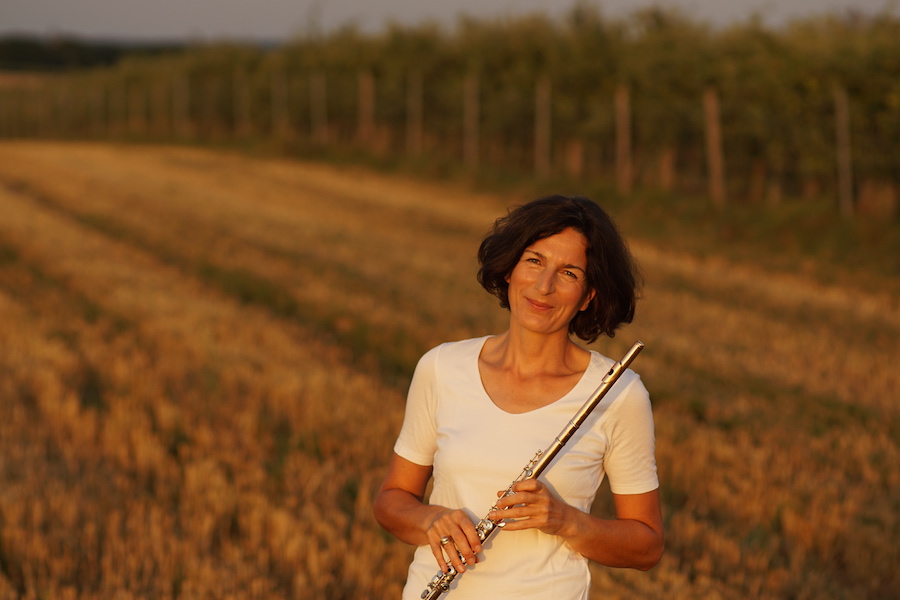 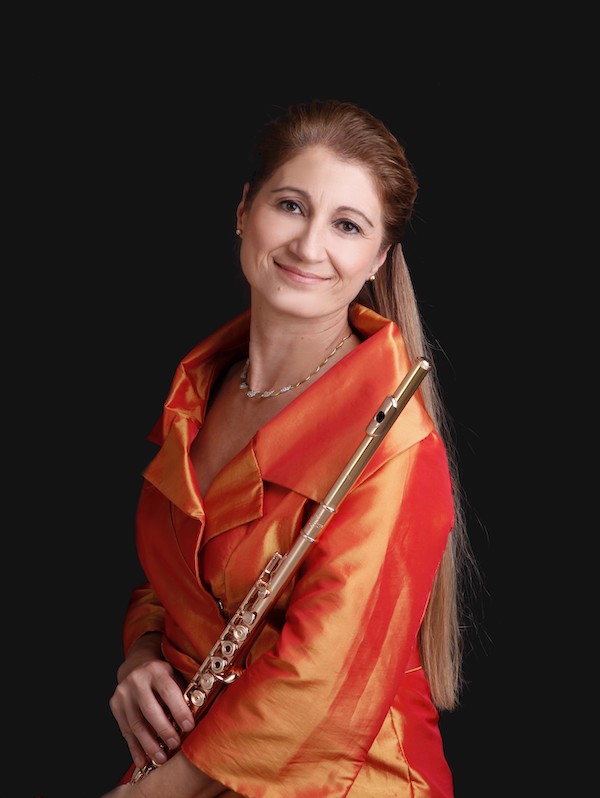 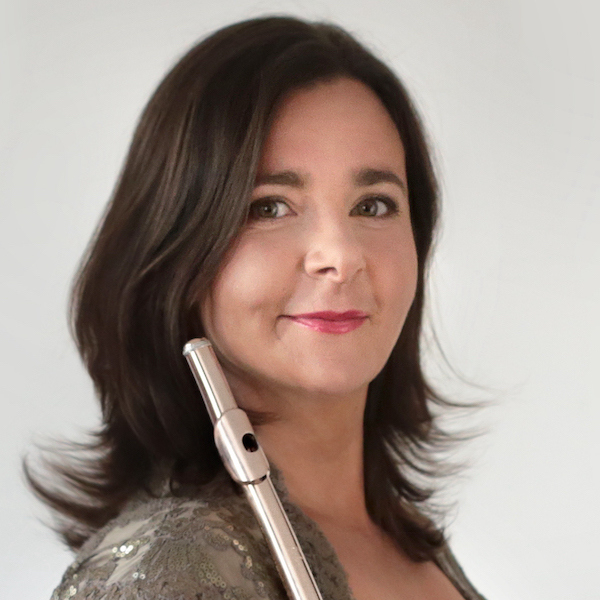 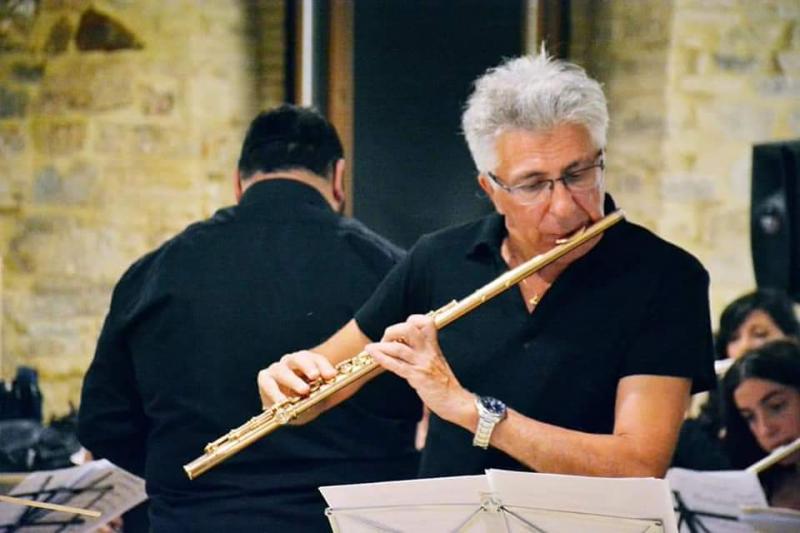 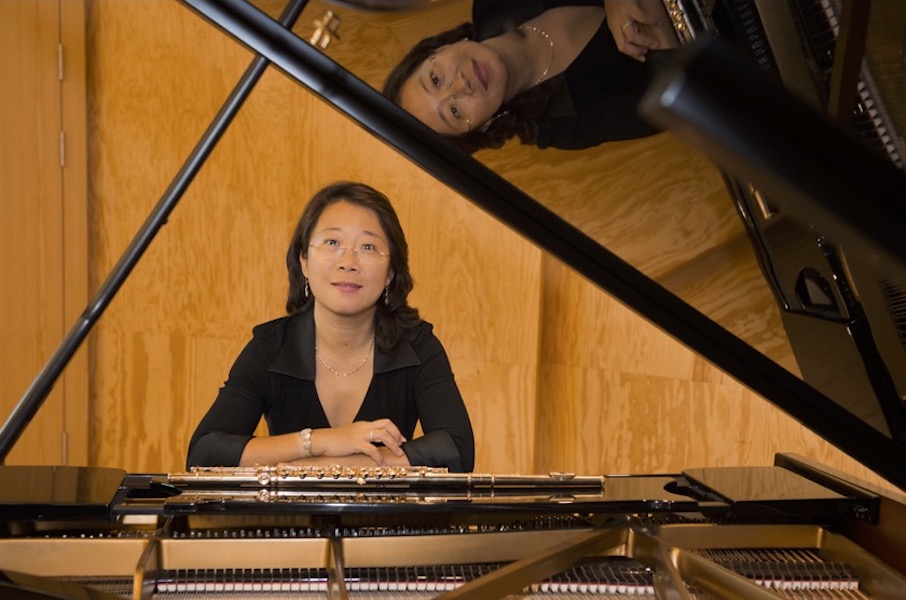 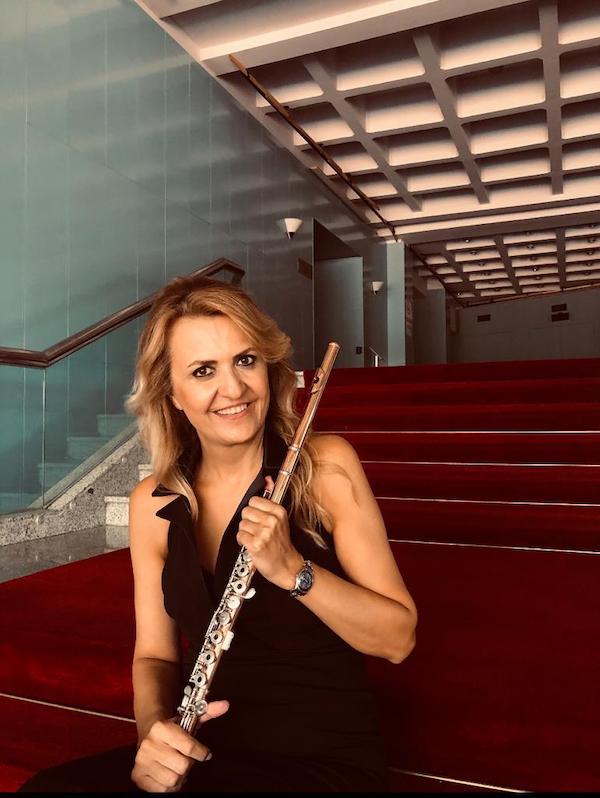 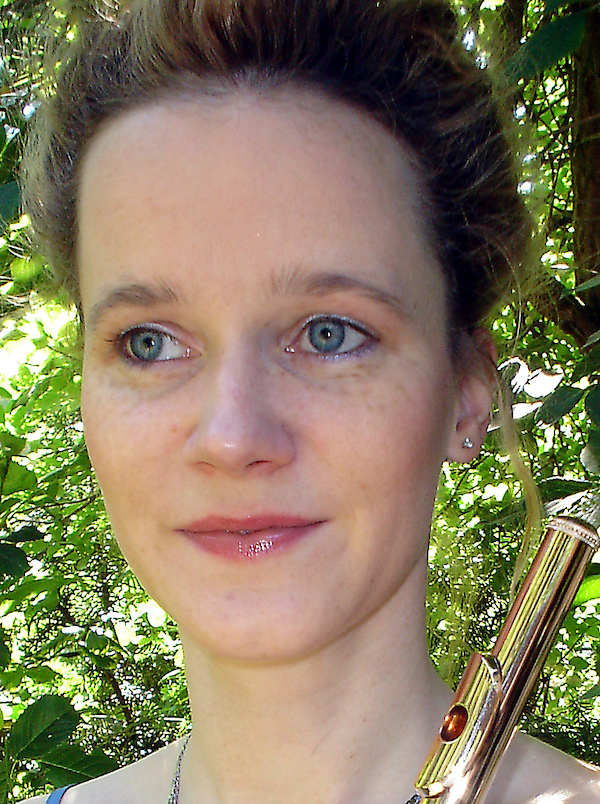 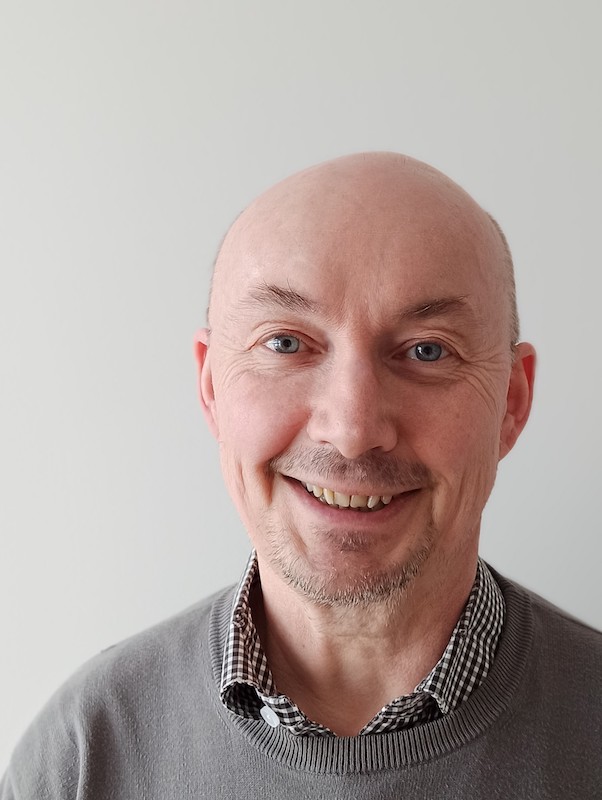